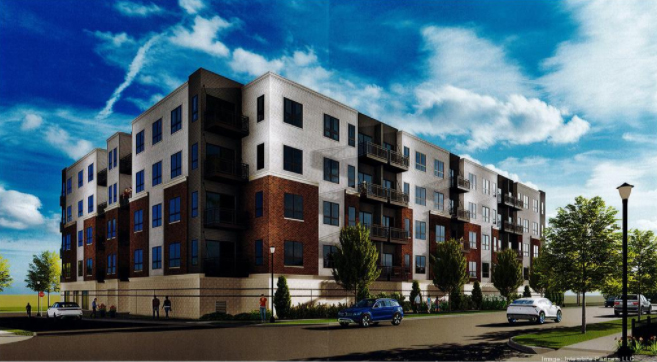 Housing developers are showing interest in Kenosha as 434 apartments are either approved or under city review, including 70 intended for students and faculty at Gateway Technical College.

Continued development of job-creating industrial buildings has given rise to more apartment construction for communities along Interstate 94. Kenosha has the added benefit of being a bedroom community to Chicago and its northern suburbs.

As a point of comparison to the current activity, the city in 2019 approved 229 total new housing units, including single-family homes. The 434 units currently under review are divided between five projects, according to a tally compiled by Rich Schroeder, deputy director of city development. That count doesn’t include about 360 apartments envisioned in the redevelopment of the former Dairyland Greyhound Park and hundreds more in later phases of a multi-block redevelopment of downtown Kenosha, for example.

Pending final city approvals in April for an updated design, the 70-unit Gateway Lofts could start construction by early May, said Ryan Douglas, president of Kenosha-based developer Land Quest. That project at 3601 30th Ave. would supply housing for students and faculty at Gateway Tech.

Douglas said it fills a “missing middle” he sees in the housing market between lower-cost apartment buildings with few to no amenities, and the A-plus rental market.