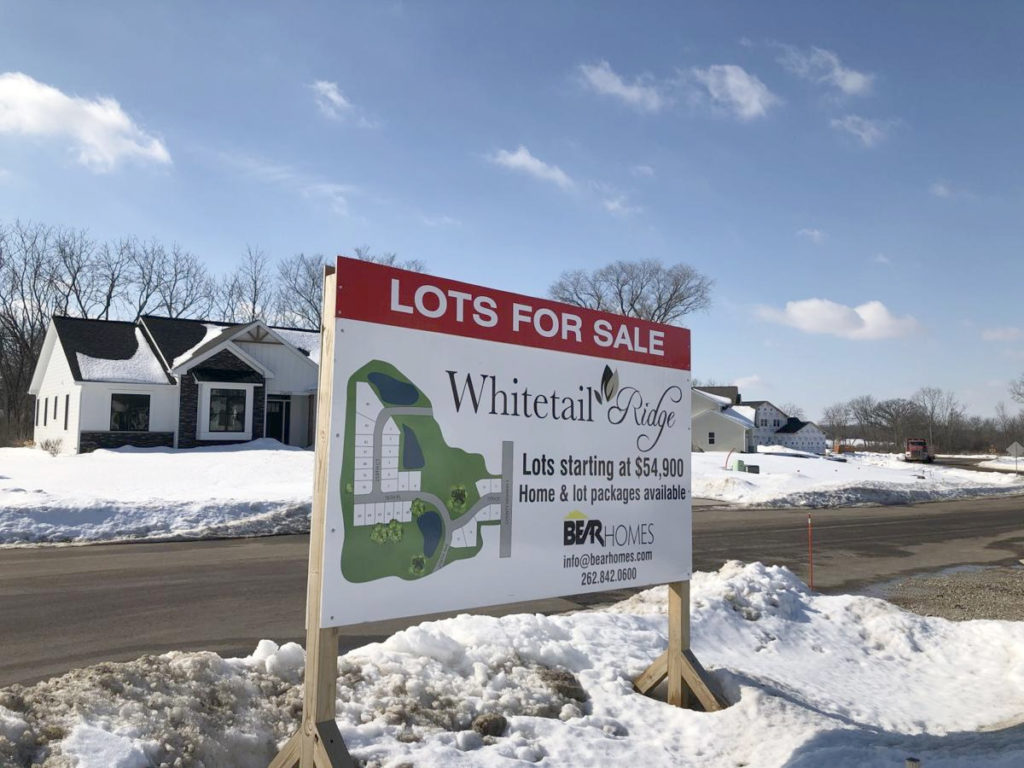 Communities west of Interstate 94 in Kenosha County are seeing a mix of new commercial, industrial and residential development.

The changes are especially visible in Bristol, Paddock Lake and Salem Lakes — the three villages in the mid-section of the county.

The following is a snapshot of projects recently completed or underway in each municipality:

Bear Development is hoping to break ground this spring on Bristol Commons, a new single- and multi-family development that will increase senior housing options in the Village of Bristol.

The residential development planned south of Highway 50, where 130th Avenue ends, calls for seven single-family lots and 48 multi-family units in six buildings on 10 acres of a larger tract of land. Plans also call for a clubhouse.

SR Mills, CEO of Kenosha-based Bear Development, said the project will be “a little different than some of the other senior communities” they have developed, featuring at-grade, single-story ranch-style buildings with direct-access units.

It is anticipated the project will add an estimated $2.2 million in assessed value to the village tax base.

The Salem Lakes Business Park on Highway C has continued to attract new tenants. The 65-acre business park was developed by the Kenosha Area Business Alliance, in partnership with the Village of Salem Lakes, in 2016.

R+D Custom Automation, which served clients in medical, pharmaceutical, consumer goods and biotechnology industries, will expand its businesses in the park after relocated from Lake Villa, Ill. Its capabilities include building custom fixtures and prototypes to fully automated and integrated systems.

The Kenosha Area Business Alliance, which administers the High Impact Fund for Kenosha County, partnered with the Village of Salem Lakes, Kenosha County and the Milwaukee 7 seven-county regional economic development group to bring R+D north to Salem Lakes. The location provides R+D with up to 100,000 square feet for future expansion, including additional room for expanded parking, docking and shipping set-up.

In addition, one of the largest Dollar General stores in the area recently opened at 11780 Antioch Road (Highway 83), about a mile north of the state line.

With Phase 1 of the Whitetail Ridge subdivision complete, administrator Tim Popanda said Phase II and Phase III will add 86 single-family lots to the village and will begin this year. Whitetail Ridge is a Bear Development project that includes the already constructed 50-unit apartment complex for seniors, as well as 10 townhomes.

The residential development will be ready for permit issuance by mid year, Popanda said. There are currently more than five homes under construction in the single-family portion of the subdivision.

The recently opened Taco Bell off of Highway 50 near the entrance to Lakeside Foods grocery store, adds a third fast-food franchise option in Paddock Lake.

Other recently completed projects include Archwood Senior Living, a 34-bed, private assisted-living center south of Highway 50 west of Christ Lutheran Church, and an O’Reilly Auto Parts store next to Burger King at the northwest corner of highways 50 and 75.